Here you can find all the information and the latest news about my activities
both artistic and educational.

Scroll down the page to watch to videos and pictures, to listen to music or
to know something about my artistic career and as director of an educational center.

This is my multimedia gallery, you can find a series of links that refer to different playlists. From right to left you will have a player to see some photographic shots taken during my work, both live and in the studio, following the Youtube player and finally that of Soundcloud to listen to excerpts from some tracks. 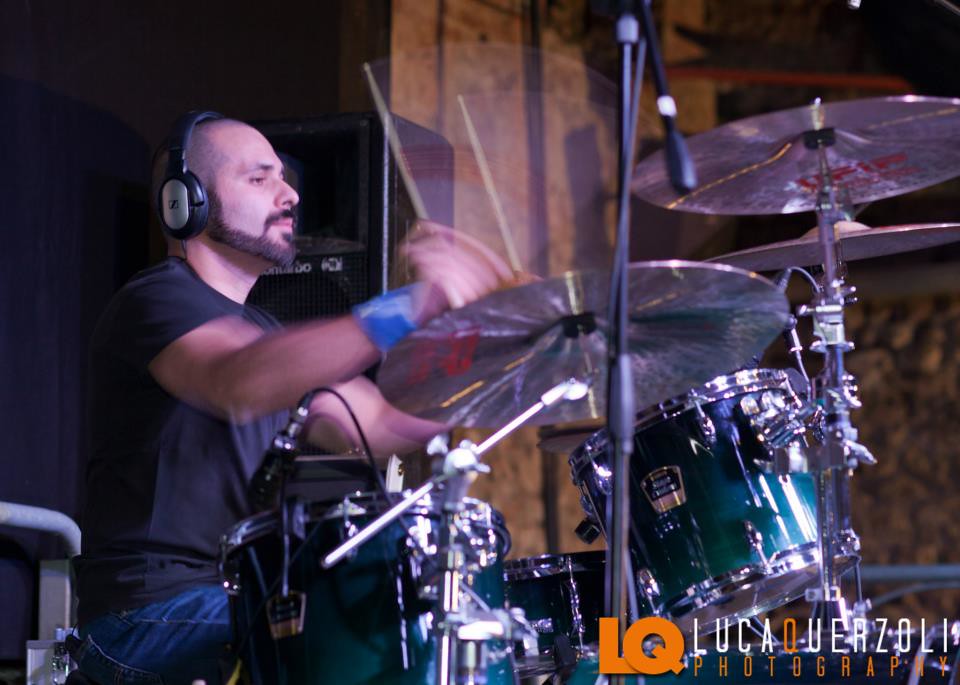 Click the link below to be redirected to the photo player.
This is a mixed collection of photos of my journey: studies, live, recording sessions, artists, instruments...

The link refers to the playlist dedicated to my work, both artistic and educational.

If you want to listen to some of the songs recorded in these years, click the link below to switch to the Soundcloud player.

The collection ranges from the different genres I came across during my career.

Listen to the music

In the professional and artistic works, I play for different artists and projects, both live and in studio.
To work together, please contact me via the contact form.

Alex Bonacci began playing drums at the age of seven.

In 2005 he became the official drummer of the band called 'Vincent' and won the Sanremo Rock Festival with them during the same year. Attending this event he had the chance to play on the same stage on which many famous musicians were playing (i.e. Ian Paice - Deep Purple's drummer).
He took part in many radio and television programs (RaiDue, RadioDue, Sky, etc.) and in many important music contests with different artists (Heineken Jammin Festival, International Pop Overthrow, Coca Cola contest, Sanremo Rock, Premio Musicultura, Rock Targato Italia, etc.).

In addition to artistic activity, for many years now I have been alongside teaching, which has allowed me to obtain other great satisfactions.
I am in fact director of the "Perform School of music" training center and a qualified teacher of the national school "La casa del batterista".

The educational offer related to the courses at the "Perform School of music" is very wide and covers both the study of instruments such as drums, bass, guitar, piano, keyboards, singing but also complementary courses such as ensemble music, Music Production and Music Theory.

The teachers of our school are all internationally qualified and our foreign collaborators also actively participate during the training course offered.

Pupils can meet them directly on site or, optionally, in England during the periods of cultural exchange that take place during the year.

To know more about our school and how we prepare for the acquisition of qualifications, click the button below.

PERFORM School of music is also a official exam center  for the RSL Awards.

The Music Learning Collective supports creative and professional growth to allow each student to achieve their goals.

Thanks to the network of music training centers (of which the main offices are Nottingham, Turin and Marseille), it creates a path aimed at higher education and the development of job opportunities.

Fill in the form